It is a non-invasive, Red light and Infrared light therapy in Carpentersville that loosens up your subcutaneous fat and tightens your skin. It is currently the highest in-demand treatment being sought by patients of today simply because of the healthy nature of the outcomes.

The 635nm wavelength is targeted to literally loosen the cell membranes to allow the molecules of fat to be released while the 880nm wavelength has been shown to stimulate collagen and elastin, which effectively tightens the skin!

​Unlike ultrasound, radiofrequency, laser light, and freezing, LED-based therapies do not cause any cellular damage. In fact, quite the opposite, LED light has been shown to promote a natural response within cells based on the wavelength of the light energy used and the type of cell it reaches. Both the 635nm and the 880nm wavelengths have been used in a wide range of therapies that promote some form of the healing response.

​The Ultimate Light delivers both 635nm and infrared light via high-powered surface mount LEDs that are embedded in a soft and flexible pad. The pads can be easily applied to any area of the body, conforming to the contours of a patient’s body. A FAT Blaster light therapy session is pain-free, with no heat or discomfort, and is safe to operate for both the patient and the technician.​

So we wanted to bring it to your attention and put out another invite to check this thing out!

What to expect from your first visit:

WE OFFER A NEW SOLUTION FOR WEIGHT LOSS, SKIN REJUVENATION, and PAIN MANAGEMENT

Red light therapy is a drug-free, non-surgical approach that many people utilize. Many patients are seeing great results, even those who have "tried everything" before.

Dr. David Noble
We are excited that you are considering our office for care.

TAKE A LOOK AT THESE TESTIMONIALS 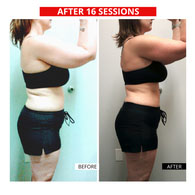 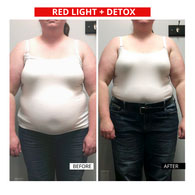 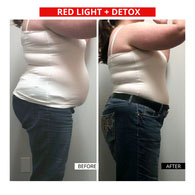 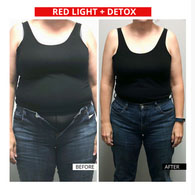 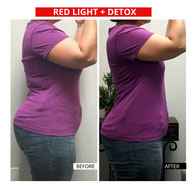 IT'S TIME TO GET THE RESULTS YOU DESERVE!

What can I expect?

During the treatment, you will be placed lying down on a treatment table. Special pads will be positioned in strategic places on your body as you simply enjoy a relaxing 20 minute session.

How does it work?

The unique light emitted from Lipo-Melt causes the fat cell membranes to temporarily alter the permeability of the cell wall. This brief change allows some of the fat contents to seep out to where it can then be processed by the body. The process also increases collagen and elastin in the skin while creating a slimmer appearance.

What happens to the fat?

AFTER TREATMENT, MANY PATIENTS EXPERIENCE:

Improve your overall health and regain your vitality for life.

Improve the position of the spine and discs for pain relief.

Medication and surgery don't have to be the answer.

Stop wasting time with plans that don't work and get your life back!